Spelling Numbers Videos for Kids… and a Salamander

So, you can count to 10. You’re the master of numbers, right?

Wrong! Before you can conquer counting, you need to learn to spell each number… using letters.

You confused yet? Don’t worry. It’ll all become clear in our spelling numbers song – that is, until a salamander is thrown into the mix.

Learning to count is a skill for life, and a very important one at that. As adults, we count almost every day without thinking about it. We count our spare change, the number of unread emails we have waiting in our inbox, and the cookies left in the cookie jar after a midnight feast.

Counting is one thing, but spelling numbers is another. Learning to spell numbers is incredibly important, especially when it comes to written responses.

So how can you teach kids to spell numbers in a fun – and maybe a little bit strange – way? With Scratch Garden’s spelling videos for kids, of course.

Our spelling numbers song features an apple, a rather uptight orange, and a sensitive salamander.

Our fun song for spelling numbers starts out as you might expect. An orange plays a killer tune on the synth, while the apple asks you to spell one, then two, then three.

Kids are welcome to join the orange as each number is spelled clearly out loud. 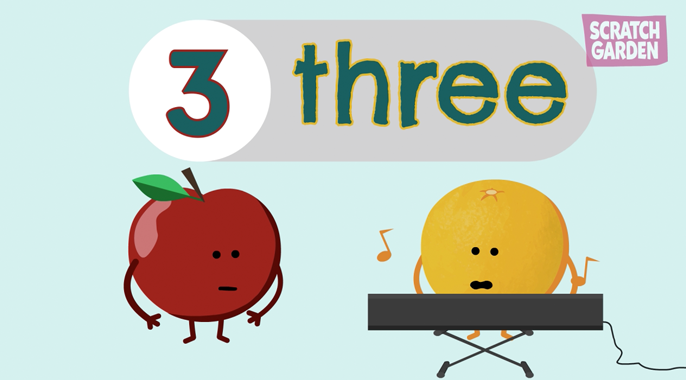 How do you spell three?

After three, things start to get a little weird.

“How do you spell salamander?” asks the apple.

“Salamander’s not a number!” cries the orange. The orange is right – salamander certainly isn’t a number.

Things go back to normal in our number names videos. The orange spells four, then five, then six. 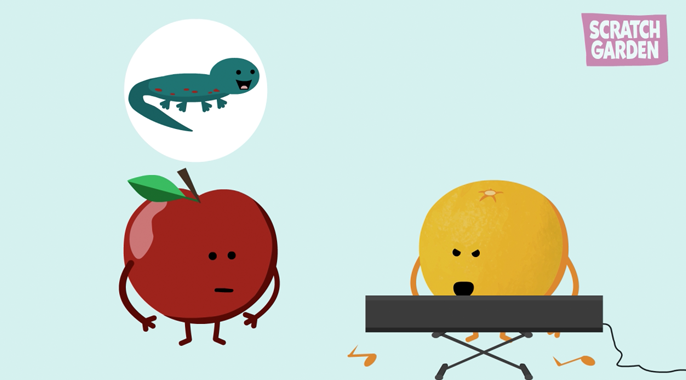 “You have to stop doing that!” demands the orange.

Enough about the salamander. This video is about spelling numbers after all.

The orange spells seven, eight, nine, and ten. Can you guess what happens next? 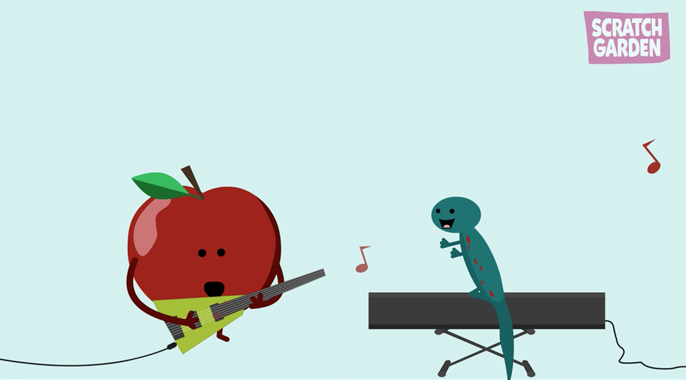 A salamander is NOT a number!

Bingo! The salamander is back. And this time, the orange has had enough. He storms off set, and the apple takes center stage with an electric guitar.

In all seriousness, our spelling numbers videos for kids are a fantastic resource. Not only is it education, but also a whole lotta fun! Watch the video now.

Our newest video puts the FUN in FUNctions! What d

Who caught the basketball game in our latest codin

This campaign is now closed. In coding, loops are

Who knew numbers could be this funny? Bloopers 7