Learn about Prepositions with our Fun Videos!

Wondering how to introduce prepositions? Looking for cute and quirky preposition songs for kids? You’re in the right place.

What is a preposition?

Think back to your time at school. Do you recall what a preposition actually is? If not – don’t panic. We’ve got you covered.

A preposition is a word that relates two or more parts of a sentence using location, direction or time.

If you still don’t quite get it, an example should help. Imagine a wedge of cheese with legs, arms, and a little cheese face. Now imagine that Mr. Cheese is in the same room as a dog. We’ll call the dog Roger. Here are a few different scenarios:

The phrases on, beside, toward, and in front of relate Mr. Cheese to Roger the dog. These words are prepositions.

WARNING: Prepare to be singing about prepositions for the next two weeks. 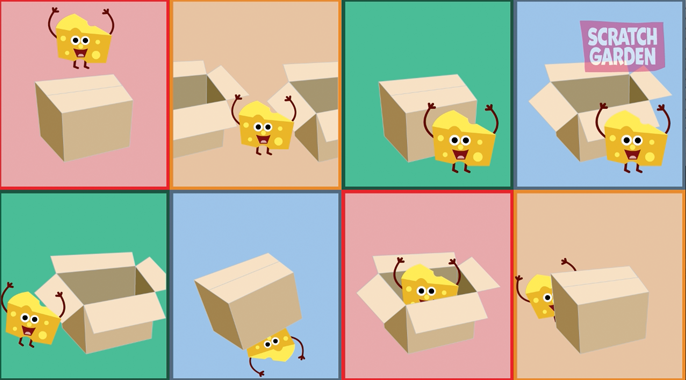 In this resource for teaching prepositions, we’ll look at the following:

Meet a cat, bat, and rat, a box, some blocks, a fox, and a bunch of rocks. Now say that ten times fast.

Alright! You’ve mastered the prepositions taught in video 1. Let’s move on (don’t worry – the happy cheese character is coming with us).

In video 2, we will look at the following: 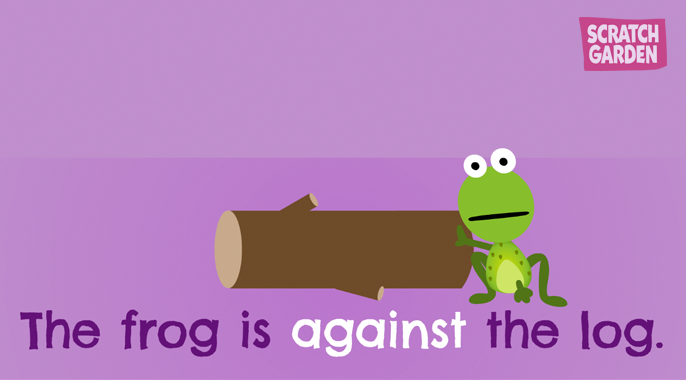 The frog is against the log. Just relaxing. Classic frog.

This time, watch as the frog and log and goose and moose move about.

Videos 1 and 2 looked at ‘place’ prepositions. In this video, we’ll look at ‘motion’ prepositions, including: 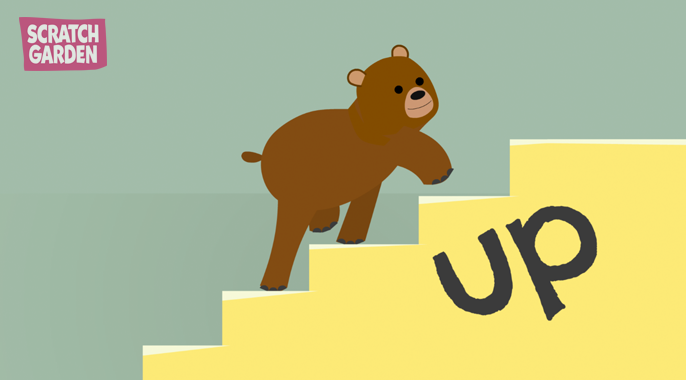 Watch the bear go up the stairs

Sing along with the mouse and house, square and chair, and bear and stairs.

Our newest video puts the FUN in FUNctions! What d

Who caught the basketball game in our latest codin

This campaign is now closed. In coding, loops are

Who knew numbers could be this funny? Bloopers 7